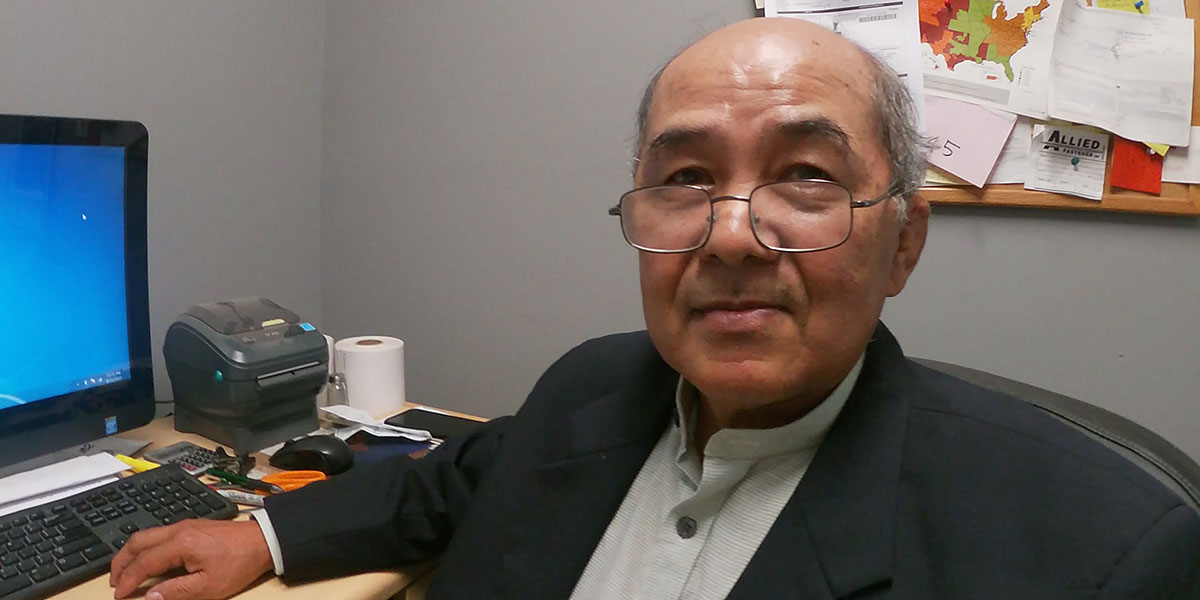 Heikichi has been working with TW Promotions for many years. Through TW Promotion’s long relationship with ASICS [formerly Onitsuka Tiger] our founder Bill Farrell recruited many great Japanese wrestlers to the USA to work at Universal Tiger and also wrestle for the prestigious New York Athletic Club where Bill was the President. “Mouse” as he affectionately came to be known, was hired in 1973 and certainly was one of our greats.  He attended Chuo University in Tokyo where he met & was coached by 1956 Olympic Gold Medalist Shozo Sasahara and 1964 Olympic Gold Medalist Osamu Watanabe. Two other famous Japanese wrestlers were already working here and wrestling for the NYAC: Fumi Nakamura and Tetsu Ikeno, both National AAU Champions and both longtime “Universal” employees.

Mouse was a multi time National AAU finalist and place winner while helping the NYAC to win several team titles.  The warehouse manager at that time was Chik Murano and Mouse worked and learned lessons under Chik that seasoned him for his current role.  We were the national importers for Onitsuka Tiger brand wrestling shoes, running shoes and apparel from 1959 – 1987 as those goods were manufactured in Taiwan, delivered to Port Newark in New Jersey, and picked up by our company truck drivers.  All of those goods were housed in our large Plainview, NY warehouse and shipped to colleges, high schools and sporting goods dealers throughout the USA. We also distributed the Universal Fitness equipment line in ten northeast states and Mouse assisted with those unique products as well.

Mouse is an integral part in our company.  He still follows wrestling and has a tireless work ethic rarely seen in our country.  He enjoys fishing, bike riding and long walks with his dog.